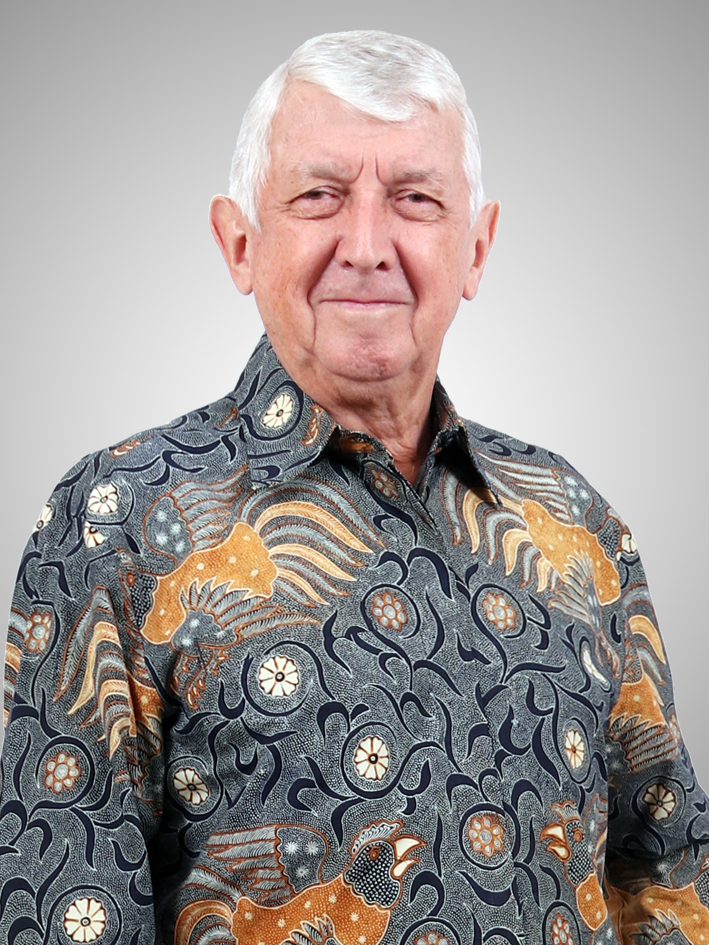 Peter is an Australian barrister and solicitor (with an unrestricted practising certificate), who transferred from Australia’s Clayton Utz to the Indonesian law firm of HHR Lawyers in 1997, and has worked since then with the approval of the Indonesian Ministry of Law and Human Rights. He especially provides a line of communication for foreign clients from any country into the Indonesian legal system, building on a background in construction and industrial relations law, and facilitates advice and assistance. He also advises Indonesian clients.

He regularly lectures at University level and within the Ministry of Law and Human Rights as required, and writes on legal topics of interest to investors.

As a Board Member of the Indonesia Australia Business Council, Chairman of the International Business Chamber, and a Founding Director of the Australian-ASEAN Chamber of Commerce, Peter has been active in assisting the Indonesian government in policy formation and reform, especially in areas of legal reform.

Peter has provided and continues to provide legal services in the following contexts :

In his roles of Chairman of the International Business Chamber, and Board Member of the Indonesia Australia Business Council, he has worked closely with all major foreign chambers of commerce in Indonesia and with KADIN (particularly its Committee for National Economic Recovery) and APINDO. This has involved meetings with and presentations to representatives of Indonesian executive government and parliament, donor countries, and leading aid agencies (World Bank, ADB etc).

Chairman of working party to develop a system of accreditation of contractors (including sub-contractors and tradespersons) to undertake NT Government infrastructure contracts (resulting in the formation of Contractor Accreditation Limited, of which he became director and secretary).

During his 10 years with the Master Builders Association in Darwin, Australia he liaised extensively between clients and tenderers and subsequently clients and contractors. The major clients involved were the Commonwealth of Australia, the Australian Department of Defence, the NT Government and the NT University.

While in Australia, as a Vice President of the Industrial Relations Society of Australia, he organized several regional and a national convention.

Since 2001, he has organized biennial business conferences in Indonesia for the Indonesia Australia Business Council.

Conferences and workshops addressed have been held in Indonesia, Australia, Singapore and Malaysia.